What is nipple surgery?

Every female and male has different nipples. The nipple comprises of the areola, the pigmented circle of skin around the nipple and the central nipple, where all the milk ducts from the breast lead. Nipples can develop abnormally, become unsightly after breastfeeding or because of large breast development.

Common conditions that females and males want to correct through nipple surgery include:

Nipples can also be removed during mastectomy operations for breast cancer. The variety of procedures to correct these problems is called nipple surgery. It can be done in combination with other breast surgeries such as a breast lift or breast augmentation.

Who is nipple surgery for?

Nipple surgery is performed on females and males who dislike some aspect of their nipple and would like it to be corrected. You may be a potential candidate for nipple surgery if you:

It’s important to note that potential candidates for nipple surgery need to be psychologically stable, physically healthy and have realistic expectations for their nipple surgery.

How is nipple surgery performed?

Your Cosmetic Surgeon has a number of nipple surgery techniques available to use. They can correct inverted nipples under local anaesthesia, reduce long or large nipples, reconstruct nipples and reduce large areolas.

While only about 2% of women have nipple inversion or inverted nipples, it can be distressing. Patients with inverted nipples usually have a hole or slit at the location of their nipple. This can be on one or both nipples. Nipple inversion can also cause functional problems such as rashes, irritation, and discomfort. It can prevent the ability to breast-feed. While inverted nipples can be a congenital problem, it can also be a result of infection in the ducts, a previous breast surgery or scarring from breast-feeding.

Your Cosmetic Surgeon can correct your inverted nipples via two techniques: one that divides the milk ducts and one that leaves milk ducts intact. Whichever surgery you have, the aim is to reshape the areola and nipple so the nipple projects out from your breast.

1. Milk Ducts Intact Inverted Nipple Correction
If your Cosmetic Surgeon undertakes this procedure, they will make an incision around the base of the nipple on your areola. The areola and nipple tissue will then be lifted from your breast and stitched into a new, projecting shape. It is important to note that due to the style of suturing, the circular shape of the nipple scars will result in increased nipple projection.

2. Milk Ducts Divided Inverted Nipple Correction
This nipple surgery cosmetic procedure is more common. Your Cosmetic Surgeon will make an incision at your nipple base to detach the milk ducts. This will results in a more natural looking nipple projection. This incision is then closed with sutures.

For most patients, recovery from this type of nipple surgery is usually very rapid. They can usually return to work and their life within hours.

Nipple reconstruction can be performed either under a local anaesthetic with intravenous sedation as a day-surgery admission or with a general anaesthetic.

The areola is the circular pigmented area surrounding your nipple. Due to the presence of areolar glands (sebaceous glands that secrete a waxy, lipoid fluid to lubricate and protect the areola and nipple) the areola’s surface is marked with little projections.

Some people have enlarged areolas, which can cause distress and lead to low self-esteem. Enlarged areolas can develop because of genetic disposition, ageing, heavy breasts, pregnancy or breast-feeding.

Areola reduction surgery is often performed at the same time as a breast reduction or breast lift surgery.

The areola reduction procedure is performed under general anaesthesia and usually takes 1-2 hours. You will need to wear dressings for at least 1 week after this surgery. While recovery varies from patient to patient, most people return to work and normal activities within a few days.

Most nipple surgery is performed as a day procedure. This means you will generally be able to go home to recover. Patients will vary with the amount of time needed to recover, however most patients can resume their work and their usual lives within a few days. For a few days after surgery you may experience pain. These symptoms are common and pain medication can reduce the discomfort.

It’s important to note that the skin of your breast area will be swollen and can be shiny in appearance. This is normal and may subside after a few weeks. Numbness around the surgical area is also normal but usually goes away after 6 weeks. Some patients have breasts healing at different rates. One breast can swell and feel okay, while the other one can feel different.

It is very important to note that the ability to breast feed after this type of surgery can be unpredictable. If you have had inverted nipple corrected surgery, you will be unable to breastfeed because your milk ducts have been divided or lengthened.

Scarring is a normal outcome of any surgical procedure and must be kept in mind. While they will do their bet to minimise scarring as much as possible, your Cosmetic Surgeon cannot guarantee a perfect scar-free outcome. After nipple surgery, your scars will usually be red. They will fade to a lighter pink and over a few months will be barely noticeable.

Are there any risks and complications with nipple surgery?

As with every surgical procedure, nipple surgery carries with it some possible risks and complications. The severity of risks will vary from patient to patient. Your Cosmetic Surgeon will discuss these with you before your surgery.

Specific risks and complications of nipple surgery include:

You may suffer from infection in the wound and need to take a course of antibiotics. If the infection is serious, you may need to enter hospital.
Some patients have reported experiencing pain when they have nipples surgery under local anaesthetic.

The potential for the nipple to become inverted again after surgery has been completed. If this happens, your Cosmetic Surgeon will advise whether further nipple surgery can fix this problem.

After inverted nipple correction surgery, there is a chance that the operation could leave you unable to breastfeed. This is most common if your milk ducts had to be cut to release the nipple.

You may develop asymmetry in your nipples. This occurs if the nipple has been ‘over-corrected’. It is important to consider this before you have nipples surgery and weigh up whether asymmetrical nipples are better than inverted nipples.

Other side effects of nipple surgery include bruising, pain, sensitive scars, an alteration in nipple sensitivity (including increased sensitivity once your nipples are no longer inverted), a failure to correct the inversion and, rarely, injury to the blood supply of the nipple leading to nipple necrosis.

Nipple surgery is a cosmetic operation to improve the shape, size and symmetry of your nipples. It is important to consider the options carefully and have realistic expectations about the results.

Nipple surgery is usually safe and effective but risks and complications can occur. Your Cosmetic Surgeon will carry out a detailed assessment before deciding if you are suitable for nipple surgery.

So you can make an informed decision, your elected Cosmetic Surgeon will discuss the possible risks associated with nipple surgery. Although the majority of patients do not experience these complications, it's important to understand how they can be managed in the event that they occur.

Find a surgeon that is the right fit for you 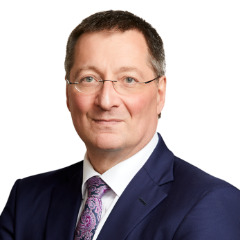 From the moment Dr. Craig Rubinstein walked into the room and sat down to talk to me i knew i was in the best hands. He is so professional in his approach and put me at ease straight away. He listened intently, offered his opinion and i trusted his judgement 100%. I am thrilled beyond words with the result post operatively and thank him with all my heart. I will forever be grateful to him and my only regret is that i didn't come to see him years ago!
Read all reviews

Ask our surgeon community a question

Is it possible to have a breast augmentation and have my nipples decreased in size? I have slightly saggy breasts (have not been pregnant or had children) and nipples that I think are too large. If I was to get a breast augmentation, would I also be able to ha...read more

Removal of scar under areolas and improvement of deflated left areola.

When I was a teen I had swollen areolas for unknown reason. Surgery was performed which produced a scar under each areola rather than on the areola outline. The left areola all so folds in on itself when the left pec is flexed/contracted. Is it possible for th...read more