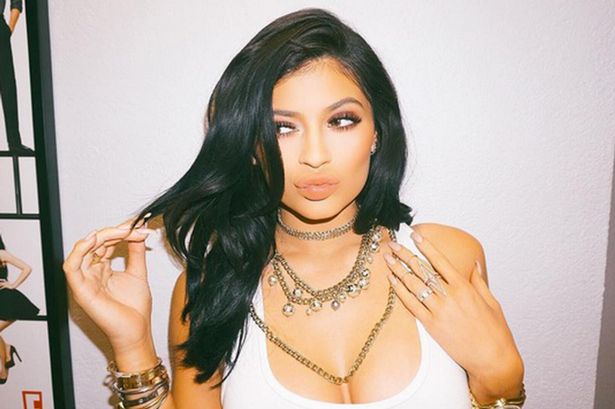 It’s 2016, and unless you’ve been living under a rock you will have noticed that there are a lot of celebrities walking around with *ahem* different looking faces and bodies. But you know what the thing about good plastic surgery is? You shouldn’t really be able to tell, it should keep your fans (and the haters!) guessing.So what sort of looks have been in this year? Who’s got what? Well, let’s set the scene with one of the most photographed ladies of the year shall we? Any guesses on who the mystery chick might be…?

First out of the blocks is Kylie Jenner and her always plump mega lips. While it’s not exactly a plastic surgery per se, dermal injections can be used to plump out areas in your face to make them appear larger. The most obvious proponent of lip fillers is none other than the littlest Kardashian herself, Kylie.

Sporting a large pout everywhere she goes, Kylie has inspired a whole army of lush lipped women interested in having those kissable looking lips. The good news about dermal lips fillers is that they wear off in about 3 to 6 months if you wanted them done just for a special event for example, which, coincidentally, is also the bad news about them, as you’ll need to go for a top up if you want this look all year round.

Many of us think that we’ve got funny shaped noses that don’t look right for our face. Too big, too small, too pointy, too fat, too crooked… The list goes on! And you know what? Celebrities are just the same as us. While there are plenty of celebs who have admitted to getting a nose job in the past, the list just keeps on growing.

Unsatisfied with her first nose job, Real Housewife Nene Leakes confirmed to the press in June that she had undergone a second procedure on her nose, too. If you’re looking to fix lumps and bumps on your nose it might be time to take the leap too… Just be mindful that with each subsequent surgery in the same spot, your risks go up, so choose your surgeon well!

Into Kpop? That’s Korean pop music – the sensation that has been sweeping the globe. Behind Kpop are glossy, dreamy stars that young people around the world go crazy for. Not only are these stars fantastic singers but they also look great, too! The reason behind this? It’s plastic surgery – a common practice in South Korea.

One of the more interesting surgeries? The double eyelid surgery, which Westernizes the eyes. While you can get temporary sticker solutions, the double eyelid surgery makes for a much more permanent change to the face. Stars such as Miryo from the Brown Eyed Girls, Jessi, and SISTAR’s Hyorin have all admitted to having the procedure done.

As always, breast implants play a role in plastic surgery trends in 2016. But they’re not the breast implants of years gone by, with people opting to go for a more subtle effect than the big and bold look that still lingers on from the 1990s.

Not surprisingly, we’re seeing celebrities with some fantastic looking boobs after giving birth, which are questionably a natural result. More than likely, women like Heidi Klum are going under the knife after birth to regain the natural, full look they had before. After having kids your body might be a bit like a deflated balloon, which means surgery is a great option to top it back up again! Plus, if you only go up a size or too, or to your pre-baby size, it’s unlikely many people will be any the wiser…

PSF would like to thank Dr Michael Zacharia, ENT and Facial Plastic Surgeon for his input into this blog post. View Dr.Zacharia's Profile

Dr Michael Zacharia is a Sydney-based surgeon specialising in Ear, Nose and Throat (ENT). Having performed more than 4,000 nose job surgeries in his career, Dr Zacharia offers expertise, natural-looking results, and personalised care to patients in Sydney and the region.